www.tandavnews.com
Fact ~ In search of truth

Questionable ‘investigative reporting’ of The Kathmandu Post and our journalism 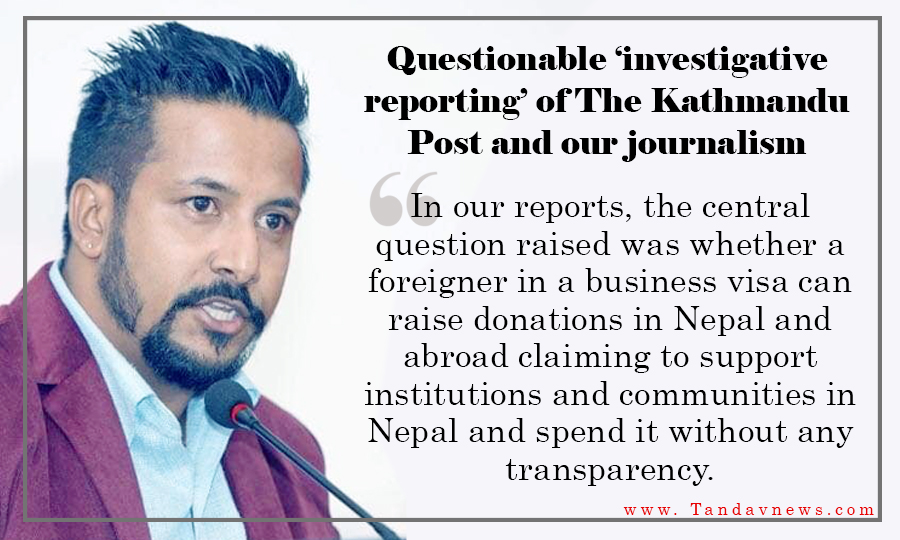 I was in Nawalpur in Federation of Nepali Journalists’ program to distribute health safety materials to journalists to ensure their safety from coronavirus in the field, when I saw the ‘investigative story’ on the frontpage of The Kathmandu Post daily on Thursday morning.

Upon returning Pokhara, I re-read the story thoroughly and surprised by their one-sided story, where important facts are hidden to accuse Tandav News of unethical journalism, I was compelled to write a rebuttal.

If I do not write this rebuttal, I will be doing injustice to our readers since we, our journalism and our news have been questioned.

The Kathmandu Post published a story making attempts to falsify our news, and to establish an American citizen, whom we had questioned of illegal practices in Nepal, as the victim. The Post story, with byline of feature editor Pranaya SJB Rana and crime reporter Shubham Dhungana, implies that the news published on our media about Ms. Michelle Welsch are results of personal prejudice.

In our reports, the central question raised was whether a foreigner in a business visa can raise donations in Nepal and abroad claiming to support institutions and communities in Nepal and spend it without any transparency.

Ms. Welch in her website (http://www.michellewelsch.com/about-me/) has mentioned that she collected more than NRs. 70 million in donations. According to the Post, Ms. Welsch donated USD 10,000 to the Matepani Gumba in Pokhara However, the Post, which it claimed investigated the story for a month, didn’t mention where and who she raised the donations, why she didn’t seek permission from Nepal’s authority to collect donations, and where has she submitted the details of collection or expenditure.

We claimed that she raised donations not only to help the Matepani Gumba but also to set-up and support her private for-profit company Learning House in Nepal. Mr. Welsch raised USD 14,176 through the worldwide fundraising website Indigogo to establish the company. https://www.indiegogo.com/projects/the-learning-house-an-education-center-in-nepal/ On our claim, the Post said it’s a ‘lie’ and avoided doing a simple Google search during their month-long investigation.

The Post claimed that Ms. Welsch’s case was not processed further as Tandav News has good relations with local authorities. I challenge the Kathmandu Post to prove that we had intervened with authorities in any other manner than reporting it and if you prove so, I will leave journalism.

The Post story does not mention how much money she raised on her personal account and Indigogo. I am surprised why the Post didn’t think it was important to answer the following questions: Where is the money raised? Where did she spend it on, and who authorized her to raise money in the name of Nepalis? What is the legal provision?

Can the Kathmandu Post let its readers know why the state exempt Ms. Welsch from raising donations for Nepalis globally without a permission do so while on a business visa obtained to do business in Nepal?

The Post accused Tandav News of writing that news as a favor to Raju Bogati, a photographer, and videographer in Pokhara, whose company designed our website. We acquired professional services from his company and paid for the works. We as a news organization do not publish report to do such friendly favors to anyone and I believe that the Post, which uses the tagline ‘without fear or favor’, published the story as a favor to Ms. Welsch.

The Post further claimed that the investigation by local authorities on Ms. Welsch found nothing wrong. However, the truth is the local authorities were not clear about whether it was in their premises to investigate a case of raising money abroad and referred it up to the immigration department.

I have lived in Pokhara and practiced journalist for 11 years and I have not missed the facts even once. No one has questioned the facts that I have presented, and I don’t report or publish any news without verifying facts. I have internalized principles and ethics of journalism during my bachelors and masters level study of journalism, and I have always stood by facts.

I believe the major crux of journalism lies in raising the right questions. It is also the responsibility of journalism to ensure that state authorities operate under the rules and regulations of the land. And, that was exactly why we reported on Ms. Welsch’s case.

We have followed the same act. But the ‘investigative journalism’ of Kathmandu Post remains silent about the law and acts on raising fund in Nepal by the foreigners.

The Post also claimed that Ms. Welsch’s harassment case was not filed by the local authorities. We inquired about it with Mr. Ramesh KC, the then Chief District Officer and now the Director of the Immigration Department, who said that Ms. Welsch tried to file a case on the basis of a-year-old messages, but it had passed the due duration as per Nepal’s laws. Mr. KC’s statement is safe with us.

Initially, we also wanted to cover the harassment issue, but we dropped it as we couldn’t substantiate it on legal basis; and when we inquired about it with Mr. Bogati, we were shown texts, photos and videos of sexual nature sent by Ms. Welsch.

The Post also claimed that the police and the Commission for Investigation of Abuse of Authority (CIAA) did not find anything wrong in the investigation of the case. I believe that it’s a gross negligence or lack of knowledge of the ‘investigative journalists’ of a national daily about the jurisdiction of the CIAA. The CIAA does not have jurisdiction to investigate this case even if a complaint is lodged.

The police only investigated whether Nepalis were cheated. The issues were raised were not about local fraud, but whether Ms. Welsch had permission to collect donations globally selling photos and misery of Nepalese? Where is the money, how it was spent and where did she submit the income and expenditure details?

I stand by all our reporting, and all the facts we reported were based on recorded statements by officials and people, duly verified, and cross checked. We stand by our journalism and we did it without any fear or favor. 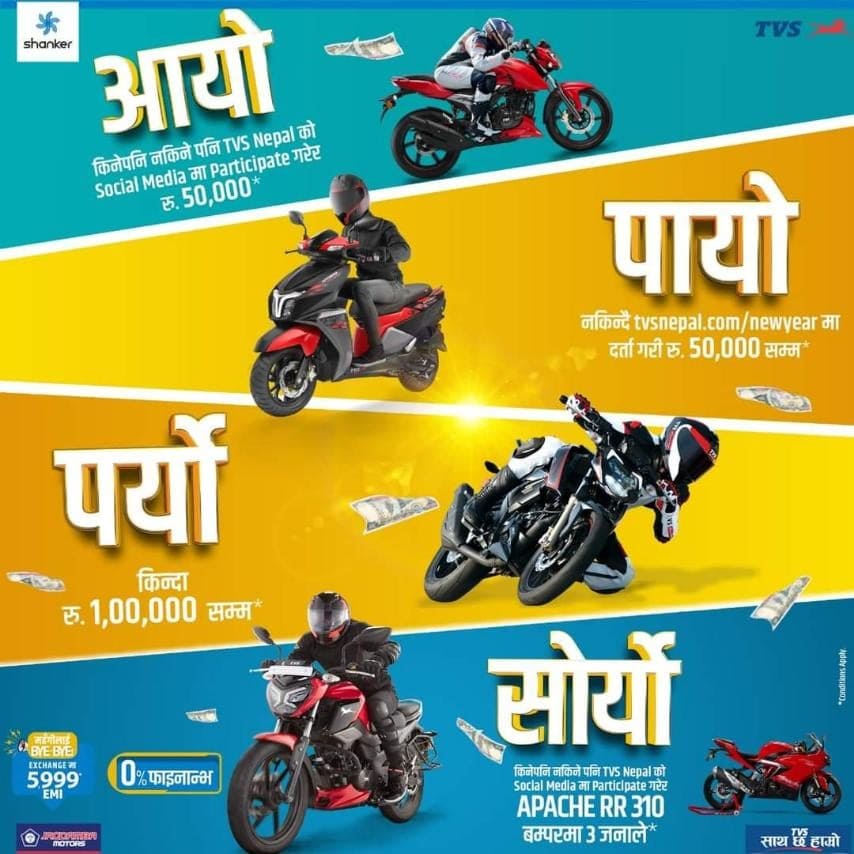